The Impact of Brexit on E-commerce 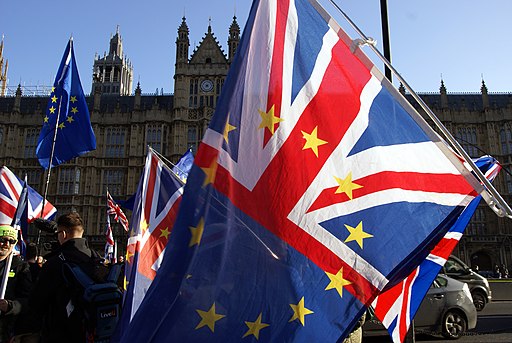 Politicians often speak of ‘great British success stories’, but rarely seem to speak of e-commerce, which genuinely is a story of unrivalled success for the UK economy, at least as far as Europe is concerned. As the established leader of e-commerce in Europe, the UK is the largest e-commerce market in the continent, with UK shoppers frequently shopping and spending more online than their European counterparts. However, there remains continued uncertainty around the future of e-commerce in the UK, particularly in the event of a no-deal Brexit.

In our latest article we take a look at how the uncertainty around Brexit has impacted UK e-commerce already, and at some of the potential issues facing the sector post-Brexit, as well as potential opportunities.

E-commerce in the EU

Speculation and uncertainty around the future of Britain in and out of the EU has increased in recent weeks as the exit deadline looms. Uncertainty is rarely good news for the economy, and this proved to be the case for online last month. According to the British Retail Consortium, September 2019 was the worst month ever for ecommerce in the UK, with sales growing by just 0.7% in comparison with the previous year. This coincided with retail sales across all channels recording their worst return since records began.

“With the spectre of a no-deal weighing increasingly on consumer purchasing decisions, it is no surprise that sales growth has once again fallen into the red. Many consumers held off from non-essential purchases, or shopped around for the bigger discounts, while the new autumn clothing ranges suffered from the warmer September weather. The longer-term prospect continues to be bleak, with the 12-month average once again plumbing new depths at a mere 0.2%. Online non-food sales growth was the lowest on record, though still compared favourably to the decline in growth at physical stores. With four months of negative sales growth since March, the ongoing political gridlock surrounding Brexit is harming both consumers and retailers. Clarity is needed over our future trading relationships with our closest neighbours and it is vitally important that Britain does not leave the EU without a deal.”

Much has been said of the potential impact of a ‘catastrophic no-deal’, to the extent that the phrase has almost passed into cliche along with Theresa May’s much-parodied ‘Brexit means Brexit’ catchphrase. But clearly there is great concern by leading business figures that no-deal could bring serious disruption to e-commerce in the UK.

Since joining the Single Market in 1973 the United Kingdom has established complex economic relationships with fellow member states. By taking advantage of the economic benefits of EU membership, such as tariff-free imports and ease of movement for people and goods, the UK has established itself as the most powerful online presence in the EU. However, the aforementioned benefits which the UK enjoys as an EU member were cast into uncertainty when the country voted to leave the European Union in 2016. It was hoped that a deal with the EU would minimise disruption, but as the exit date draws closer, and with a hardline Brexiteer at 10 Downing Street, the prospect of a no-deal Brexit appears more likely than ever.

The anxiety surrounding no-deal Brexit has seemingly penetrated businesses at all levels, with Amazon, the world’s largest online retailer, recently issuing guidance for UK sellers in the event of no-deal. As it stands, products stored in Amazon’s UK warehouses can be delivered anywhere in the EU. However, Amazon has advised sellers that they should consider placing their stock in warehouses outside of the UK to fulfil EU orders in the event of a no-deal Brexit. The disruption for Amazon, its sellers, and its millions of European customers, therefore, is potentially huge. The company may need to change its strategy in Europe, by maintaining separate UK and European warehouses. It remains to be seen how this would affect Amazon sellers and consumers in the UK.

Further down the e-commerce food chain, Ticwatches, on online designer watch retailer, have voiced their concerns about the potential impact of no-deal on online sales. MD Daniel Richmond remarked that:

“The impact to an online watches seller like ourselves could be significant, under current EU regulation sales of watches to EU states could not be easier but with a hard Brexit this could impact our business model significantly.”

One of the biggest disadvantages facing online retailers in the UK post Brexit will be access to the European markets. British goods could be subject to controls when being imported into the EU, resulting in higher costs for sellers, and delays for buyers.

“We will see serious disruptions in cross-channel trade since all products will have to pass customs, product conformity procedures and other disruptors. This means long waiting periods for consumers waiting for their parcels to be delivered. With some product categories having return rates of up to 50%, the issue of delays will be even more important. This will quickly lead to a serious downturn in e-commerce.”

The good news is that even despite years of uncertainty, the UK remains one of the largest e-commerce hubs in Europe, a status that is unlikely to change any time soon. As a leader in the online sector, UK businesses are generally well placed to adapt to the changing economic landscape unfolding before us. While tariffs may impede trade with EU countries in the future, this could mean that UK shoppers have greater incentive to shop online domestically. The continued weakness of sterling also presents opportunities for some businesses, as countries from the EU and beyond may find it cost effective to import from the UK regardless of any potential barriers to trade such as tariffs.

UK businesses may also benefit from a reduction in EU red-tape concerning online privacy and transactions. While the UK is unlikely to reverse any of the recent EU legislation relating to e-commerce such as the Consumer Rights Directive (CRD), the GDPR and the Regulation on Cross-border Parcel Delivery, upcoming legislation, such as a law restricting e-commerce use of cookies, is likely to be seen as inhibitive to online businesses, and there will be no onus on the UK to co-opt it into law post-Brexit.

Clearly, there are many legitimate concerns for e-commerce businesses surrounding the impact of Brexit on online, particularly those who export to the EU. For those businesses, a no-deal Brexit could genuinely be catastrophic. Bigger companies may be able to absorb the blow of a no-deal Brexit by opening hubs within the EU, but options for smaller businesses appear to be limited.

Ultimately, shoppers, businesses, and seemingly politicians, remain in the dark over the future of UK business out of the EU. The gravest economic predictions concerning Vote Leave in 2016 have not yet come to pass, and that may also be the case for Britain’s eventual exit from the EU, when, or if, that finally happens.

To reach your audience with impactful advertising online, contact digital advertising specialists Clark St. James on 01603 343477 or info@clarkstjames.com. Our team delivers a scalable return on investment for e-commerce companies across the major search and social media advertising channels.